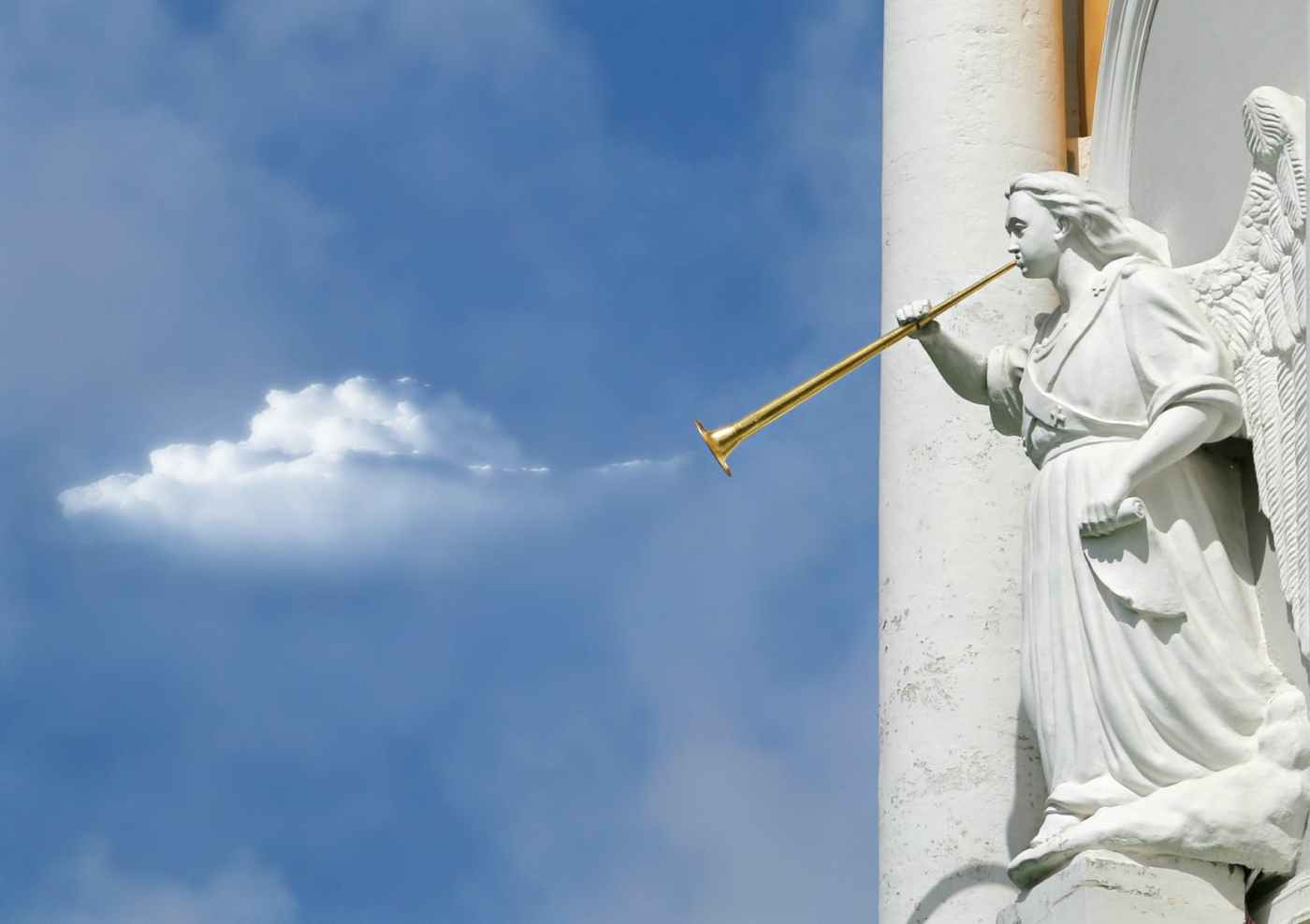 In the previous series we discussed the Ominious Dark Triad and the Reptilian Dark Tetrad of Narcissism, Psychopathy, Machiavellianism and Sadism respectively, indicative of overall Anti-Social behavior tendencies. These attributes were examined by a few researchers with respect to lifestyle choices to find that Dark traits were associated with Non Vegan habits. Lack of Empathy and low Moral Values are the basic underlying components of all Dark personalities. My spirit team was speaking with me while I was writing the long series of articles on the Dark Tetrad traits, and guided me to an auspicious link to take a test on the Light Triad. As usual their phenomenal guidance proved to be sincere as I learnt about the Light Triad which is ideal for Lightworkers and Activists.

The three diametrically opposite poles to Dark Triad, normally called the Light Triad comprise of:

The Light Triad Scale is an assessment tool in which three subscales with 12 items each, assessing empathy, compassion, and altruism are tempered. [Johnson, Laura K.D., “The Light Triad Scale: Developing and Validating a Preliminary Measure of Prosocial Orientation” (2018). Electronic Thesis and Dissertation Repository. 5515. https://ir.lib.uwo.ca/etd/5515%5D

You may like to check your light triad scores using this simple online version of the Light Triad Quiz.

Traditionally in Psychology the Light Triad questionnaires just as Dark Triad and Dark tetrad traits have focused merely on how one behaves or feels about other human beings. But what about other living beings such as farmed animals and wildlife who clearly sense pain and react to suffering? Should we lack empathy, be cold or shallow in affect for them, or selfishly abuse them manipulating our arguments for justifying personal gain or taste?

Veganism is an understanding of moral principles of non harming or non violence and is a choice one makes for the animals of all species for whom we need to feel empathy, just like towards any human being.

In a comparitive study of Laco-Ovo Vegerarians versus Vegans, it was found that Vegans scored lower on prevalent Dark attributes such as Power/ Might, Achievement or Pride and Conformity with Stereotypes that lead to Rigidity. We know that use of power or might is related with Machiavellianism, Pride or Achievement and superficial ‘image’ orientation with Narcissism, and Emotional Rigidity with Psychopathy.

Conversely Vegans in research scored higher in Light Triad qualities such as Empathy or a sense of how others feel, Self Determination to make more Positive Choices for Compassionate reasons and Universalism or belief in Higher Good of all Beings which is an Altruistic virtue. [Kessler, Christian & Holler, Sophie & Joy, Sebastian & Dhruva, Anand & Michalsen, Andreas & Dobos, Gustav & Cramer, Holger. (2016). Personality Profiles, Values and Empathy: Differences between Lacto-Ovo-Vegetarians and Vegans. Forschende Komplementärmedizin / Research in Complementary Medicine. 23. 10.1159/000445369.]

Let us take a closer look at the Light Triad traits:

Empathy/ Humanism: Being Human is a heart based evolved disposition as compared to the ancient Reptilian behavior of consuming all others cleverly. If you have a heart that feels for others you are likely to be an Empath. You can channel or feel emotional energy coming from the opposite person or animal who is before you. Normally a Human being would be expected to be evolved and not live in cavemen mentality of hunting and killing others, or behave like an obligate carnivore who cannot live without animal meat. Normal human individuals cry and feel sad at the sorrow of farmed or hunted animals who have babies, who have love for their own lives and need their habitats of wilderness. With higher range of Empathy, Vegans demonstrate a normal sense of Ethics that makes them simply speaking, regular human beings with sense of right or wrong, as compared to wild animals who do not know right from wrong. All our arguments of canine teeth and Omnivore nutrition (lies) are falling apart as we raise our vibrations to evolve into Human level from the demonic underground. This is the reverse of Villanous Psychopathy.

Compassion/ Faith in Positive Choices: We all have a positive higher self although blocked at times in some people. We all are capable of making better choices that are grounded in sensitivity, compassion, trust and a good nature of being. Why not extend this compassion towards animals of all species and expand our loving compassion even more? When you focus on yourself you are likely to act selfishly for your own ego gratification, but when you think of the victims and their plight you value their needs for freedom, happiness and love above your own self interests. You are less likely to argue vainly or proudly display how you defend your right to eat meat or dairy or eggs if you are compassionate. Is your need for nutrition, survival, taste, fun, social acceptence, healthcare or entertainment more important than the life of someone who does not want to be killed? Do you only seek friendships and fan following or clientele from masses or are you willing to give up on needs for social approval? Vegans think of the babies and parents being farmed via sexual violence only for their ultimate slaughter which is a gigantic evil to be rejected, regardless of whether they lose their popularity among non-vegan masses. This is the oppositite pole of malignant Narcissism.

Altruism/ Kantianism: Do you genuinely feel you must take part in actions that harm less, instead of only actions that benefit you slyly although harmful to others? You might be altruistic socially towards human beings and value humans as individuals instead of mere pawns in trade? What about other animals who are vulnerable? Do they get a chance to be respected for who they are, to be something in your life or are they treated as mere commoditities for economic or social exploitation? Ends do not justify means and the value of an individual is not just a wad of money that you draw from them. Vegans are less likely to be of usurious nature and to relinquish profiting or enjoyment through exploitation and enslavement. A belief in Universalism or the higher good of all beings is essential, as is a charitable and generous disposition rather than only business sustainability, collecting items of food, fashion or hunting trophies regardless of where they come from. Those who are of the light, tend to be more charitable and giving in nature, or at least relinquising that which is not ours to begin with, such as milk, eggs, honey and body of others, than only seeking profit, status or enjoyment. This attribute linked with philosophy of Immanuel Kant is the contrasting opposite pole of Machaivellianism related to Niccolo Machiavelli.

Just as the Dark Triad has a fourth dimension added to it by the name of Sadism to form the complex of Anti-social or Sociopathic behavior completing the parallellogram of the Dark Tetrad, the Light Triad can also be ascertained to have a fourth aspect to itself which is the reverse polarity of Sadism. Although research on this seems absent, I would tend to imagine it as Kindness/ Healing that is typical of those in Angelic or helping professions of soothing pain or sorrow as compared to Sadists/ Masochists who enjoy inflicting pain on others and themselves.

Kindness/ Healing: Do you feel that you can help someone who is in pain just as a psychic healer, wellness teacher, social charity worker, care professional, medical nurse or mental health guide would? Could you also rescue an animal who suffers whether a stray cat or dog, a small insect who has lost a limb or wing, or a bird who is unable to fly? How about extending this kindness towards all animals including those sufering in farms and slaughterhouses. These animals are gassed to death similar to holocaust, kept in filthy barns or cages even in free range farms, their throats are slit to bleed even in humane slaughter and the parents sexually abused or violated to produce babies that are killed later. Your tendency as a kind healer would be to not only avoid this suffering by not causing it using your Light Triad traits, but also to try and do something about ending it once and for all or to educate society so that people gather enough momentum to outlaw these crimes and set the victims free. These animals also need refuges or shelters and sanctuaries to support them in their journey towards wellbeing and holistic healing. To give love and affection to their spirit and soul is the biggest gift you can render because throughout their life since birth they have only been treated as rubbish. To tell the truth and enlighten others is the other big help you can suppport the movement with.