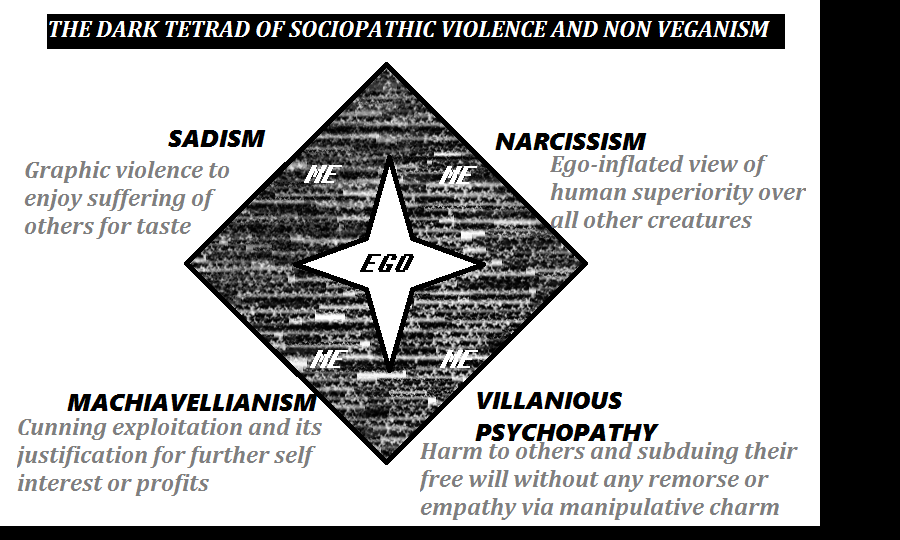 In general terms when we observe around us, it does seem that moral values associated with Veganism have been subject to a rigid reaction of disconnection from those who are attached to what they (wrongly) believe is ‘Omnivorism’ in diet. This indoctrination takes place throughout education and socialisation as if people are born and will always remain omnivorous, inspite of the fact that we are natural born frugivore in terms of biology (teeth, body features, digestion tract, nails, attitude).

We have all grown up in a culture and society that values human to human relations over and above respect for other species who are invisible or redundant in our world or kept in a separate confined environment in farms and slaughterhouses as we go about unpertrubed in our daily life and shopping. We indulge in dangerous eating habits regardless of the graphic violence and control of innocent sentient beings and neglect uttermost obvious harms to our health as well as the planet for most of our lives. We wander amongst shopping aisles seeing dead remains of victims and stay indifferent and in most cases even consume those horrific items senselessly regardless of plagues and pandemics throughout centuries. On top of that we argue against change. To me this has always closely resembled psychopathic, narcissistic and manipulative behavior at a personal and also a wider socio-economical level, particularly while examining terrible rape and violence inflicted towards vulnerable children and females of all species including human beings as a victim who has met many other victims and observed similar patterns. In my new book Shamelessly Arguing With Vegans, most of the arguments based on actual data from several interviews of non vegans are well explained to conclude the above.

As explained kindly to me by the prominent researcher Ben DeGroeve “There is some evidence showing that a higher meat consumption is positively associated with social dominance motives (being abusive toward minorities), right-wing authoritarianism (being hostile against change), and dark triad traits, in particular machiavellianism (personality trait characterized by manipulativeness, callousness, and indifference of morality).

Another research explained that two distinct ideological motivations are associated with increasingly negative attitudes towards vegetarians and vegans; a motivation to maintain prevalent social norms, and a motivation to maintain group dominance. [Judge, M. & Wilson, M. S. (2019). A dual-process motivational model of attitudes towards vegetarians and vegans. European Journal of Social Psychology, 49 (1), pp.169-178.]

Robin Schaper lucidly explains his opinions in an article on what he believes to be ‘Cultural Narcissism’ related to our moral-social conditioning to exploit animals as products. While we may fail to frequently identify animal abuse of farm animals as anti-social or criminal behavior it is necessary to identify that it is a socio-pathological condition and plainly speaking the root cause of the biggest and most neglected moral injustices of all times on earth, in the lines of racism, social dominance and gender related abuse.

From my own personal reflections with several non vegans and vegetarians or plant based people who sometimes misidentify as vegan, there are plenty of parallelisms between Psychopathy, Narcissism and Machiavellianism (the ominious Dark Triad) along with the fourth dimension of Sadism (Completing the Dark Tetrad). Here are the most obvious signs of this complex Dark Tetrad prevalent among masses who are sociopathically brainwashed by a severely human-centric worldview in culture.

SADISM (Unnecessary Cruelty for Fun. Being sadistically inclined to allow the very cruel, hideous and graphic abuse of innocent babies, children, mothers and male victims of various species for personal pleasure, enjoyment or taste on a daily basis with no emotional insight.)

NARCISSISM (Conceited Self Centredness. Objectification of animals with an ego-centric rather than eco-centric viewpoint because humans have inflated sense of grandiosity and superiority complex and therefore justify their violent abuse of other animals throughout history for culture and power reasons.)

PSYCHOPATHY (Inability to Recognize and Change Oneself. Rigid mindset of immorality and abject neutrality to the plight of animals of other species with little or no concern to ethics as well as a gross callousness and incapability to change behavior in shopping or consumption of products directly linked to exploitation, slaughter and harm of other species.)

MACHIAVELLIANISM (Calculated Dominance. Cunning and manipulative cold blooded justifications of abuse of animals for economic and social reasons in a controlling way while appearing calm, polished, dignified, pleasant natured and positive in outer mannerisms and cleverly hiding the graphic abuse in dairy and animal farms and slaughterhouses.)

Future parts of this continuing series will elucidate precisely what sort of behaviors are within the scope of each angle of the dark tetrad of non-veganism and because it may also relate with feminine abuse, rape, domestic violence and anti-social behavior in general this knowledge would certainly enable us to stay safe and to protect the interest of other victims including those of other species.

5 thoughts on “Non Veganism and the Reptilian Dark Tetrad”