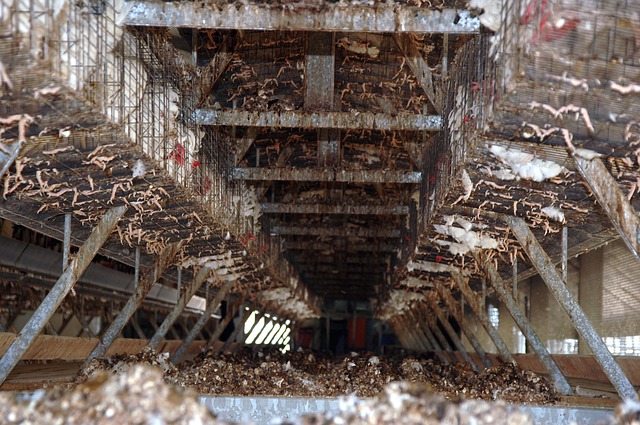 Animal agriculture and trading is not only making our planet sick environmentally through large scale deforestation, food and water misuse, global warming and pollution of our land, water and air, it is also at the root of most diseases, from Cancer, Heart Ailments, Diabetes, Arthiritis, Thyroid problems, Stomach Ailments to Bacterial and Viral Infections including deadly Coronaviruses. We have already seen the global ramifications of Covid-19 in a short period of time, said to originate in the animal and seafood market in Wuhan, China. While this led to the Chinese government banning wildlife trading for now,  this is not enough, because pathogens are spread due to our exploitation of farm animals, seafood, pets and not just wildlife trade.

It is not mere physical disease, but also mental health that is grossly affected by our senseless practice of animal farming. Controlling, confining, selling, buying, breeding, hybridising, sexually abusing, caging, stealing from, hurting, mentally, emotionally and physically torturing and killing others, and justifying these acts for economic, social, nutrition, taste or habitual reasons could only be a sign of a very sick society. With the way this level of crime against others is normalised in the name of farming, it is no wonder that crimes such as theft, abuse, rape, murder and terrorism do not surprise ordinary human beings even when inflicted within members of our own species.

Even if we focus primarily on physical evidence of human suffering due to animal agriculture, we have thousands of research studies to confirm the same. According to several research studies animal exploitation is the leading cause of infectious diseases, for instance a leading study states the following: ‘current information suggests that 8 of the 15 temperate diseases probably or possibly reached humans from domestic animals (diphtheria, influenza A, measles, mumps, pertussis, rotavirus, smallpox, tuberculosis); three more probably reached us from apes (hepatitis B) or rodents (plague, typhus); and the other four (rubella, syphilis, tetanus, typhoid) came from still-unknown sources. Thus, the rise of agriculture starting 11,000 years ago played multiple roles in the evolution of animal pathogens into human pathogens (Diamond, 1997; Diamond, 2002; McNeill, 1976). Those roles included both generation of the large human populations necessary for the evolution and persistence of human crowd diseases, and generation of large populations of domestic animals, with which farmers came into much closer and more frequent contact than hunter/gatherers had with wild animals. Moreover, as illustrated by influenza A, these domestic animal herds served as efficient conduits for pathogen transfers from wild animals to humans, and in the process may have evolved specialized crowd diseases of their own.’ (Wolfe ND, Dunavan CP, Diamond J. ORIGINS OF MAJOR HUMAN INFECTIOUS DISEASES. In: Institute of Medicine (US). Improving Food Safety Through a One Health Approach: Workshop Summary. Washington (DC): National Academies Press (US), 2012)

In this paper on Livestock zoonoses, it is discussed that ’60 per cent of all known infectious agents are zoonotic (Taylor et al. 2001; Jones et al. 2008), it is estimated that approximately 75 per cent of ‘new’ human pathogens reported in the past 25 years have originated in animals and the risk of zoonoses is predicted to continue to increase (King et al. 2006). Infectious diseases are remarkably difficult to eliminate and only smallpox virus has formally been eradicated. (Fiona M. Tomley, Martin W. Shirley, Philos Trans R Soc Lond B Biol Sci. 2009 Sep 27)

Similarly agriculture related research indicates that ‘a majority of viruses emerge from zoonotic animal reservoirs, often by adapting and infecting intermediate hosts, such as domestic animals and livestock. Viruses that are known foodborne threats include hepatitis E virus, tick-borne encephalitis virus, enteroviruses, adenovirus, and astroviruses, among others. Viruses may potentially evolve and emerge as a result of modern agricultural practices which can concentrate livestock and bring them into contact with wild animals. Examples of viruses that have emerged in this manner are influenza, coronaviruses such as severe acute respiratory syndrome and Middle East respiratory syndrome, and the Nipah virus. The role of bats, bush meat, rodents, pigs, cattle, and poultry as reservoirs from which infectious pathogenic viruses emerge are discussed.’ (Kingsley DH. Microbiol Spectr. 2016 Aug).

According to another study, ‘controlling disease due to pathogens that move between animals and humans has been challenging. Such zoonotic pathogens have been responsible for the majority of new human disease threats and a number of recent international epidemics. Currently, our surveillance systems often lack the ability to monitor the human–animal interface for emergent pathogens.’ The paper examines gastroentistinal, cutanous, pulmonary, cardioavascular, neurological and systemic human diseases linked with cattle farming and identified 45 pathogens. (Clinton J. McDaniel, Diana M. Cardwell, Robert B. Moeller, Jr., Gregory C. Gray, Vector Borne Zoonotic Dis. 2014 Jan 1).

Here are just some of the diseases we can prevent by elimination of animal farming and switching to a ethical vegan lifestyle.

5 thoughts on “Veganism vs Coronaviruses and Other Human Diseases”