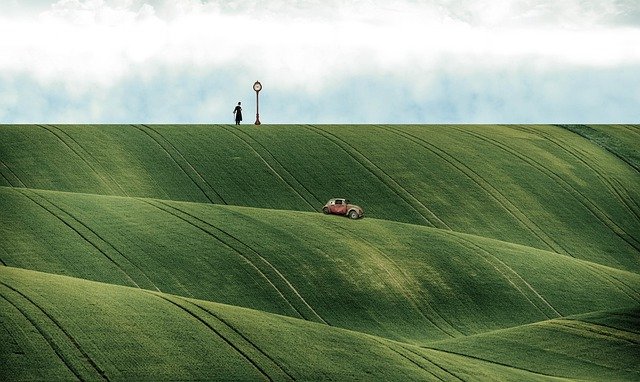 We are not in heaven by any standards. We are dying not living. We know that we are in Kali-yuga, the age of darkness or ignorance (tamas) according to Hindu philosophy where Kali-yoga (demonic or tamasic magic or mind rules). We are in a simulation and we all know it, science talks about it in clear detail stating it is unlikely we are not in a simulation. Human beings are around us quoting verses from ancient texts of Hinduism stating we are in Maya – illusion and nothing is real in this world. New age spirituality has been clear that we create our own reality and thoughts become things. We create our lief story (a lie). Yet, it is the world around us that remains vaguely indifferent and unchanged – as if the worst imaginable things are still not only happening but legal to so many of us earthlings and we can do nothing about it because there is a stupid…..//….||….\\…S.Y.S.T.E.M….. that is controlling us overall (my spirits dictate to me as I type – add stupid they said).

If we are living in a simulation, which we most certainly are as accepted by any enlightened master or researcher who knows the facts, we should be wondering why the reality is such a negative one at large? If we spiritualists believe that we can create our own reality then what are we doing – what sort of a hell is being generated by the mind within and why? What are the ways to change this reality? In my case I was not vegan when I was born and was not raised vegan by my father who controlled my family – why are we born in such a horrid reality and then awakening slowly as we ourselves remain deluded? Who has caused our so called ‘birth’ in this wicked system if it is all in the mind?

Will these evil systems and its followers ever change or is a perfect world only a city of dreams or fantasy of heaven? Is the world never going to be in sata-yuga (truth) or after millions or thousands of years only, while reality is always going to be negative to some extent in middle yugas of treta-yuga and dwapara-yuga where negativity and evil are less extensive in comparison to kali-yuga? Is the extent of negativity around even acceptable, it is a large scale part of the system, more than 99 percent of humanity? Would you be grounding yourself (or me) in this kind of a horrible reality? While we do migrate from one city, postcode or even country to another for greener, kinder, healthier, more civilized and less criminal places to live, what about the planet – would you be ready for ascension and change your astral postcode to manifest a better world and what exactly would you manifest in it? More importantly what would you yourself manifest as with respect to your own moral values or behavior as you ascend as opposed to merely a light or crystalline body appearence or special powers)?