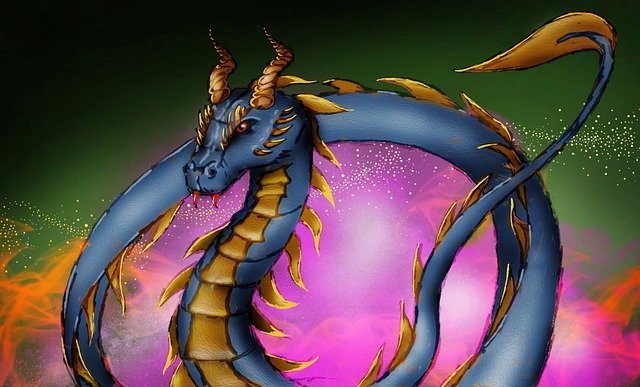 In previous articles in this series we discussed Star Races: Galactoids Alderbarans, Lyrans, Reptilians, and Insectoids. Drawings of some of these were also channeled and added later and continue to be added along with other races, hybrids and more information as and when received via mediumship.

Upon what we believe to be Earth in the mental simulation or Matrix as we are lucid dreaming, we are met with several chthonic beings of various characters that appear human on the surface. These species are recognised by their temper, behavior, food habits, spirituality, facial expressions, head movements, breathing styles, eye contact, way of walking, interaction, mental charisma, the way they look around, search for information and close their eyes.

Draconians were introduced in the article on Reptilians as relative species and ‘dark ones’ who can control others including ‘exotic’ reptilian masters and exhibit rare traits of authority.

Draconians are recognised (even in outward human forms) by their unique way of breathing as Alderbarans also are. We usually think of a fire breathing dragon for instance from folk legends in visualising a Draconian. In the case of true Draconions however, diaphragm moves upwards and downwards while breathing gradually as they make their phenomenal appearance.

The side of their heads in top region is slighly protruding on either side (like slight horns) and moves slighly from side to side as they listen and talk with slight facial muscle control through the outer corners of their eyes. The top of their head may be flatter. The inner parts of their eyebrows are lower. They wear their hair high normally. Their head is straight and in alignment with their neck unlike reptilians who can at times sway their neck about. Their nose is thicker around the ridge and nostrils not too thick. Their lips curve downwards jointly. They have a squarish chin without fancy or curly hairstyles around it. Their cheekbones are flat foing straight down their face. They can be meditative and mindful in temperament, controlling mental energy upwards from their spine to head. They are not physically or mentally frail but also not fit all the time They are also not egoistic unlike many reptilians.

These beings are truly magnanimous in their intellect and wisdom. They cannot be fooled and do not get lured easily by other beings of lesser aptitude. Their eyes can be firmly fixed in gaze as they speak with clarity of presentation and amazing dignity although they do not always grasp things instantly. They have fantastic memories and are seldom ‘wrong’ or ‘erroneous’ in their thinking and cannot be questioned or challenged easily by any person. They know who is lying and who is untruthful. They are busy people with no time to waste and value themselves responsibly.

They are eloquent and sound polite, soft-spoken and alluring at times. When it comes to effect of speaking, listening, working, sharing of knowledge and explanations, they are well prepared and seldom leave things to last-minute, ill-fate or loose-chance. They normally have an impressive and beautiful (massive) voice. They are sensible. They have good powers of concentration. They can make great actors and spontaneous villains such as Rowan Atkinson of Mr. Bean and sexy musicians such as Kurt Cobain and the high voice legend Freddie Mercury.

Their laughter is internal through their chest with their mouths closed and they can also go ‘hmph’ often while in conversations with their mouth closed as they judge others mentally. They can keep what is in their mind a secret. They can have rough, mucousy sound inside their throat at times. Their legs are joined. They do not sway their hips but they move shoulders from side to side in synchronicity. Their tongue comes out and returns to them spontaneously and may be forked in their true forms. They have scales below their collarbone in the middle of the upper chest till their heart center and they have straight shoulders around both sides of collarbone. They have scales on their necks and at times in the human forms they spontaneously scratch them with their fingers on one side of the neck. They also may move their fingers circularly around chin. Their eyes can be coloured and sharp. They speak convincingly with pretentions of authority, such as with head tilted slightly to one side while making a point. At least two of my son’s teachers in current school are Draconian, and a dark male ex-employee of my Indian store was one too.

While they do breath in from their nostrils and out of their chest (heart chakra) region they are coldly calculative mentally at the same time and rarely affected emotionally as they control their feelings superficially. They are usually harsh and mindy people. You can feel chills and shivers when in their cold presence as you will feel like rubbing your palms or joining fingers tightly together in ‘praying’ gesture to avoid any misfortune you might be sensing spiritually and spontaneously.

As in the case of Reptilians some of these are ‘coil’ people (Repto-coils) and Draco-coils in the case of Draconians such as one lady’s personification as channelled below recently who judged me in the form of a dignified woman (an Elder) and was a rather important person in power. I was informed clearly that it is Satan as I channelled her one night spontaneously during a premonition just before a dated group conference, I felt two rolling eyes of fire on top of my eyes as my legs were loosely swooped off the bed at once. Although she was really (rather unusually) helpful and well-disposed to me in person, at once due to the accute and sudden nature of spirit contact, I knew I had to vehementally cut off all my cords from the ‘system’ that she was part of. I decided not have any further association with any of the members of the hopelessly demonic (in this case legal) body that she represented at this time although they were dedicatedly helpful to me sporadically if and when contacted radically and bravely by myself as I challenged them. They have no shame. Therefore they do not speak to me, or I to them.

Their complexity of mind and ability to ability to reach out to multiple people is indicated by the length and breadth of their serpentine tails in Dracoil shape. They have various colours in thier actual body. Their tails may be short, enabling them to bounce up and down, unless they are Dracoils.

Food Choices: They are semi-spiritual and usually carnivorous in food habits. They love eating ‘tasty meat’, chicken and fish who are innocent victims including children and embryonic babies. Their head moves side to side very slightly in appreciation at food table. People pray to them as Gods upon the earth Matrix, for example the Judeo-Christian version of a speciestic, controlling and judgemental God who enjoys blood sacrifice for example of first-born baby lambs and his own ‘son’ is usually this type of Satanic being.

Spirituality: They believe in creating their reality as very powerful creators. One of the demons called Decabres and Abraxas (Think Abracadabra or creating as you speak) was also discovered by me as a Draconian as he manifested as at least two people I know, both reallly good leading authors and friendly with my husband. One a leading fengshui and essential oils spewing, law of attraction’ personality who is gigantic and rather ‘God’ like, and another who is an astral travel galatic and a spiritual medium who believes in aliens and simulation and in God as a person. Sadhguru, a famous Indian genius spiritual leader is another example of Dracoil Satan being. These serpents can be venomous and also ‘tantric’ and sensual. They are patriarchs normally. They are aso eco-friendly in spirituality. They do not care about plight of animals. They are not usually fond of crystals but might enjoy herbs. They believe you automatically go to God or ‘home’ if you die. They believe they might be in heaven due to faith based spirituality or prayers, while actually going downwards in lower regions of hell where their chthonic deity accepts them. They also believe in Santa Clause.

Some people may not be a Draconian and yet behave that way temporarily under their influence. People possessed by these kind of demonic entities (acting in their energy) have glazed or glassy eye expressions temporarily in thinking, nodding style overt gestures and cough like onset of acute covert symptoms.

Collective Behavior: While Draconians are aware fully and conscious in this simulation being what it is, and of their Lord-ship or higher power as mental creators, they are not usually interested in Ascension or atomic dimensions in more positive and ethical worlds. They are vaguely happy to live in ‘here’ and preach about being one with ‘all there is’, to ‘love God’ and ‘each other’ in Hell. They like being powerful and to be prayed upon by Insectoids who are plentiful upon earth and obedient to them along with reptilian and repto-coil slaves.