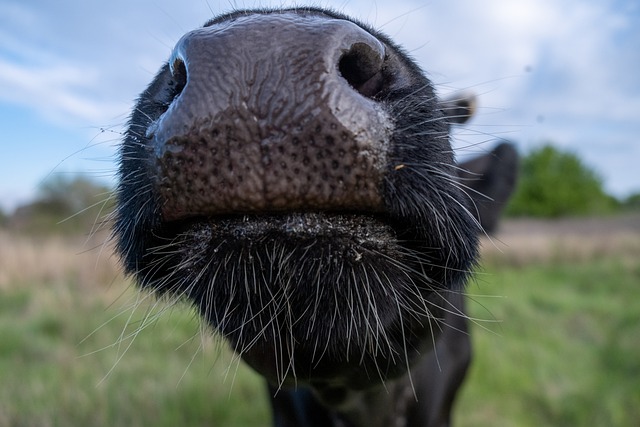 ‘We Become What We Eat’ is a popular saying. This could literally be true. Both non vegetarian or so called vegetarian consumers of animal products commonly have body odour, smelly armpits and bad breath besides being prone to asthma, eczema, blood related diseases, low immunity, breast cancer, bone problems, hormonal, brain and heart issues among many diseases. However they can also display several Matrix Body Cues of non verbal body language, reminiscent of the victim animals whose murdered remains or secretions they still consume.

The aura of the animals exploited by our system seems to be imprinted upon us almost permanently or rather, electro-magnetically. While we believe our DNA physicality is entirely genetic, our morph-code of non-verbal body language carries the hidden essence of our victims. Not only have we gained extra layers of animal protein in our brains making our heads thicker and intelligence lower, we behave, talk and control our bodies artificially, having lost our true nature.

In my personal experience I have seen the following clear or lucid signs of what kind of animal products a person has been consuming by simply reading the overt facial expressions and body movements of their matrix body.

We are semi-alive or awake in a simulation while our true self is unconscious and we have lost memory and contact with our real self. Our earth simulation of the matrix is manufactured electronically through AIs (Artificial Intelligences) that are programs, demons or lower angels controlling reality and can manufacture mucous and organic matter in simulation. Much like the Biblical story of Genesis (Garden of Eden) states, we are not in heaven, having consumed the forbidden fruits of animal products by causing loss, pain and suffering to other sentient beings whose energy imprints we carry karmically in our matrix body. Some cultures believe that we could also reincarnate as our victims or suffer in similar ways in present life form, in order to learn empathy.