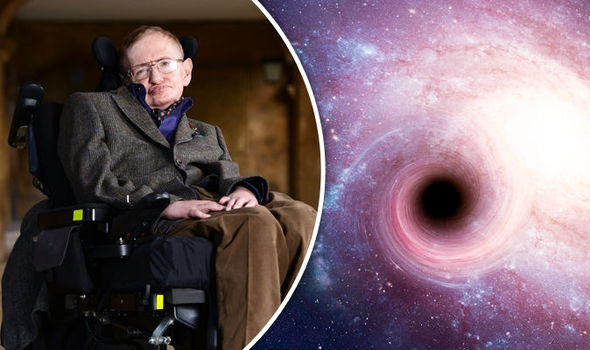 In 1975, Stephen Hawking wagered a bet that black holes don’t exist and lost.  In 1997, he followed up with another one, saying information is lost for good in a black hole and lost again. In either case, he called it a win-win situation as even though he lost, it proved his research on black holes was right all along!

This is confidence at its best where one gamely takes on an opposite stand to what one strongly believes in and challenges one’s peers to prove it wrong, knowing should they succeed, it goes on to validate and vindicate one’s own stand on the subject.

Today, Hawking has another reason to be happy as his proposed solution on information paradox of black holes was finally published in a peer-reviewed journal after it was openly put up and passed scientific scrutiny.

In a nutshell, his work shows that data is retrievable from a black hole as it maintains a ‘log’ on the event horizon in form of a ghostly halo. Simply put, matter is obliterated but its information blueprint remains (just like a digital record of physical objects).

GHOST OF BLACK HOLE’S PAST

Can this finding someday help in reconstructing past events of our universe (much like a black box on a plane or an event log of a crashed system can replay past events)?

Further, it may equally attest to the holographic nature of our reality (the universe itself may also be a halo springing out of quantum nothingness). Or, as nothing is really lost black holes could segue to other universes (like wormholes connecting faraway places in the same universe)…

Time for another ‘Brief History’?

Bhaskar Dutta is a self-help author and IT specialist based in London.