Astrology is not a tool to make fixed prediction but a tool with which we understand the messages from the higher self through the language of symbols called Divination. The Moon in astrology signifies the play of light and dark as it waxes (Shukla Paksha) and wanes (Krishna Paksha) in its approximately 29.5 day period from one full moon to another. For this reason moon is connected with our mind, the conscious and the unconscious as we play out our hopes, fears, emotions and thoughts relaying into the world around us. Full moons or Purnimas indicate full consciousness while partially illuminated moon signifies the subconscious and amavasya or ‘no moon’ signifies the unconscious. This makes the Full Moon a positive symbol of self-awareness. 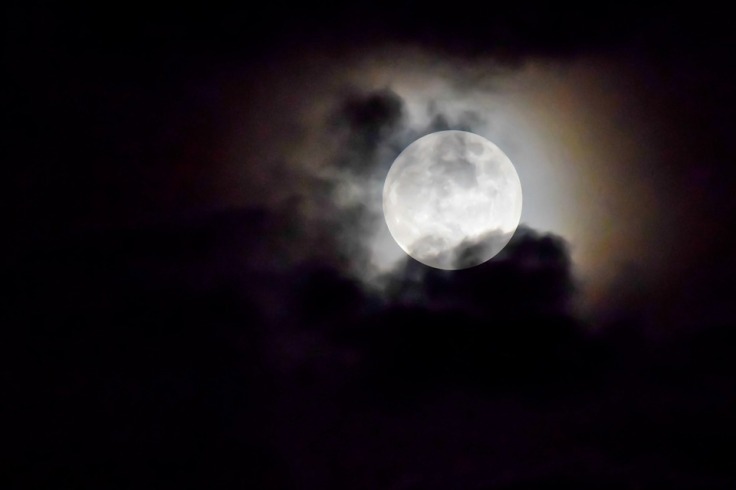 In the ancient times people kept track of time and seasons through the full moons as they heralded the passing of one lunar month. Here are some of the popular names of each full moon across both eastern and western cultures in the northern hemisphere.

Also called Worm Moon (as worms appear to fertilize earth) and Lenten Moon (meaning spring), the festivals Holi is connected with this moon falling near Eostra or spring equinox to celebrate new colourful beginnings in the northern hemisphere.

Also called Egg Moon, Waking Moon and Pink Moon to symbolizes renewed fertility of earth, this moon marks the start of our annual karmic cycle and thus connected with Chitra Gupta or the recordkeeper of our deeds, as well as Hanumana Jayanti as he symbolises positive action.

Also called Flower Moon, Mulberry Moon and Milk Moon as it signifies abundance of the fertile earth and the festival of Beltane or light. It is also celebrated as Buddha Purnima as it is the day of enlightenment or full consciousness of Gautama Buddha.

Also called Rose Moon, Hot Moon or Strawberry Moon as it relates with the season of summer at its peak. It is celebrated as Jagannatha Purnima as outdoor processions in the name of deities are held as well as Vat Purnima or tree worship.

Also called Thunder Moon, Berry Moon or Hay Moon as it brings ripening as well as thunder before rain or harvest it is celebrated as Guru Purnima to indicate wisdom and learning or the birthday of Vyasa who authored vedas.

Also called Cutters Moon, Grain Moon or Lightning Moon as it is time for harvest as well as rainfall in many regions of the northern hemisphere being the time for Lammas or Loaf-mass. It is celebrated as Narali Purnima and Raksha Bandhan for compassion and brother/ sisterhood.

Also called Corn Moon, Barley Moon or Harvest Moon it is the harvest season in full swing also called Mabon or Thanksgiving moon. It is celebrated as Dattatreya Jayanti and Madhu Purnima to celebrate giving or generosity.

Also called Fall Moon, Dying Moon and Blood Moon it is the time for Samhain or Hallows tide when summer ends and the dark winter takes over. Ancestors are worshipped around this time of Ashwin. The full moon of this month is celebrated as Kojagiri Purnima when one prays for prosperity to prepare for the coming winter months.

Called Frost Moon, White Moon and Beaver’s Moon it heralds the time for cold to set in and animals to hibernate away. It is also celebrated as Kartik Purnima to indicate defeat of demons in the darker times ahead.

Also called Long Nights Moon, Bitter Moon and Cold Moon the season of winter is at its peak and nights are longest. This is also the Yule Moon or Evergreen Moon it is the time only evergreen trees have leaves. It is also celebrated as Battisi Purnima when charity is considered good to help each other in the dark season.

Also called Wolf Moon, Ice Moon and Indoor Moon it’s time to stay protected and safe in the dreary season while being celebrated as Shakambhari Purnima named after the goddess of food who is prayed to at this time of less supply.

Also called Snow Moon, Dry Moon and Bony Moon it is the time when winter is reaching its end and the season of Imbolc or budding of new life again in the dry branches within the snow. It is also the time for Kumbh Mela or spiritual renewal and awakening.

NOTE: In the southern hemisphere the seasons are reversed therefore the diagonally opposite celebrations and observations are held, for example the summer moon would be in December and winter moon in May in the southern continents bringing a reversal in the seasonal festivities.

Swati Prakash is a spiritual author and can be followed on www.amazon.com/author/swatiprakash