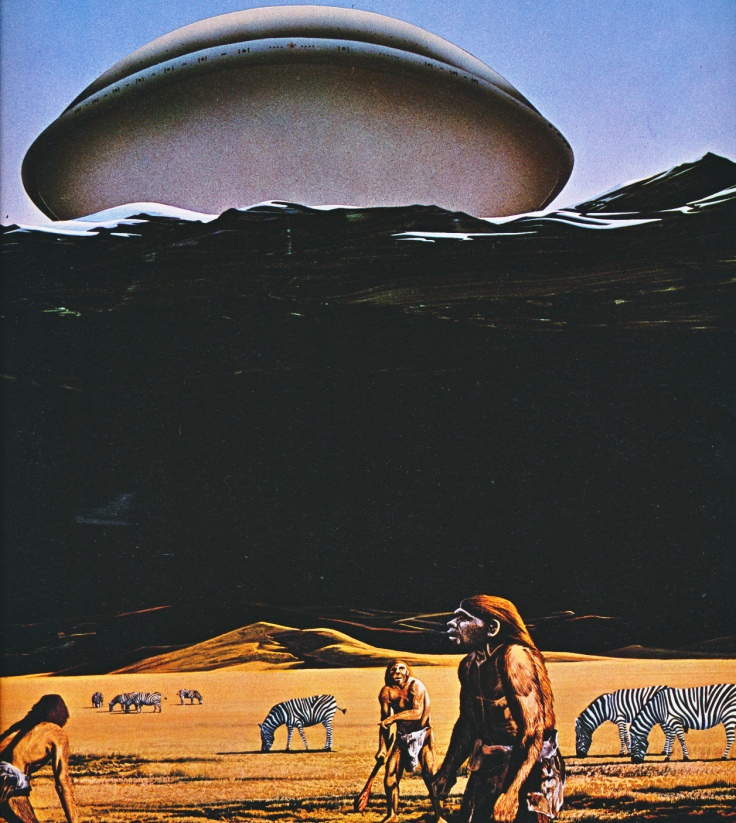 John Michell is best known for his book, ‘The View Over Atlantis’ where he marries his impressive storytelling and research into a guidebook of mystical sites on leylines, the mysterious web of straight lines that link ancient places of Britain, China, Egypt, Australia, South America among others, from Stonehenge to Teotihuacan or in layman terms, geological faults along earth’s crust where magnetic influence is strong have duly sprung sacred spots acting as historic locales of natural magic.

In ‘The Flying Saucer Vision’, he argues it is not so much as the actual existence of extra-terrestrial intelligence but the belief and study surrounding it that shapes any civilization to the point; it is unlikely to be long before, with advance of science, that we not only come into contact with it but will accept it.

Further, he points out the uncanny relation between alignment of mystical sites and flight paths of flying saucer reports, showing a deeper connection between terrestrial magnetic fields and leylines.

It is said, history is a lie agreed upon and as we revisit the symbols of ancient gods and sites, we can start to recognize them for what they are and accept it as nothing new but patterns or even a cycle, records of which have succumbed to time or our civilization is not yet old enough to have recorded.

Interestingly, in the past, disappearance of ships at sea gave rise to legends and strange beliefs. Today, if it happens to an aircraft, it is dismissed because it is the product of an age that does not believe in stories. Yet, in a conversation with H.G. Wells, it was said, ‘All human conceptions are on the scale of the planet. They are based on a pretension that technical potential, although it can develop, will never exceed ‘terrestrial limits’. If we someday succeed in establishing interplanetary communications, all our philosophical, moral, social views have to be revised!’

Bhaskar Dutta is a self-help author and IT specialist based in London.